Too often, the genealogical evidence buried in wills and probate records is not as direct as we might like. But that doesn’t mean the answer aren’t
there! When examined carefully and thoroughly, estate records may be able to answer such questions as when the individual died, which child was the eldest, or identities of unnamed heirs, in-laws, or other
relatives.

Wills and probate records can be a rich source of names and family relationships for individuals researching their family history. Wills often (although not always) name surviving heirs, along with their relationship to the deceased. For individuals who died intestate, the probate records which document the handling of the estate through the court may include a list of heirs, along with their place of residence. Beyond these, however, there are other—less obvious—clues that can be deduced from estate records by diving deep into the details.

1. Who Was Appointed Administrator?

When an individual died intestate (without a will), the court’s first order of business upon being notified of the death was to appoint an administrator to oversee the settlement of the estate. In most jurisdictions and time periods, the right to administer an estate usually belonged first to the decedent’s next of kin, generally the surviving spouse. If this individual relinquished their right to serve as administrator, the court generally went to the next family member in line— most often a son, son-in-law, or daughter—although “next in line” could vary depending on both law and circumstance. Some jurisdictions required that the administrator live in the county, for example. If a relative was not available to serve as an administrator, the court may have appointed a creditor or someone else with an interest in the estate.

2. Who Bought Items from the Estate Sale?

Unless all property was specifically disposed of by will, it was common into about the mid-19th century for the executor or administrator of an estate to hold a public sale of the decedent’s personal property. The account of the estate sale usually includes an itemized list of the items sold, the names of purchasers, and the amount paid. Estate sales were most commonly attended by relatives and neighbors of the decedent, so the list of purchasers may include the surviving spouse, adult children, in-laws, and collateral relatives. Purchasers who are not nearby neighbors may be in-laws or otherwise related (neighbors can also be relatives). A female purchasing a number of household items, such as the bed or kitchen utensils, is likely to be the decedent’s widow. These are not direct evidence of a relationship, but a useful clue, nonetheless.

3. Who Lent or Owed the Decedent Money?

Individuals who owed money to the decedent, as well as those to whom the decedent owed money may be potential relatives, including children, parents, and in-laws. Pay special attention to debts or creditors from other localities, especially if there are several from the same area. This may indicate a possible prior place of residence for the decedent.

4. Who Was Notified of the Estate Proceedings?

To fulfill legal requirements, announcements of various legal notices related to the estate may have been published in newspapers in the local county, and sometimes in other localities where heirs were known to reside. These might include notice of a petition for administration or dower rights, the settlement of an estate, the sale of property of an insolvent estate, etc. Many such notices name heirs, creditors, or others with an interest in the estate, and often state those who are known to no longer live in the county and/or state. Sometimes copies of these legal notices may be included in surviving probate packets as proof of their publication. More often you will need to search for them in the newspapers themselves. The notices are especially helpful in localities and time periods for which probate records have not survived. In the example shown here, this notice which appeared in The Wilson Ledger in Wilson County, North Carolina, on 8 Jan 1861, served as legal notification of the estate proceedings of Elisha Felton to the four children of Stephen Felton, whom the court has not been able to identify by either name or location. The legal notice also very helpfully identifies the other heirs by name. Elisha Felton did leave a will, leaving property specifically to his “beloved wife” (unnamed), as well as daughters, Celia, and Sallie, wife of Amos Owens, and sons Reuben and William. His will then further directed that any residue remaining from his estate be sold and divided equally among his grandchildren (not named). The legal notice not only provides us with the names of most of these grandchildren, but also tells us that Elisha likely had another son named Stephen, who died prior to the date of the will (or was left out for some other reason), and that Stephen had at least four children who we may not have otherwise known about.

When grandchildren are named in a will and designated a special bequest, this may mean they are the children of a deceased son or daughter. Grandchildren of unmarried daughters were also sometimes favored in this manner because they had no male provider. Similarly, specific bequests to nieces or nephews may indicate a deceased sibling. 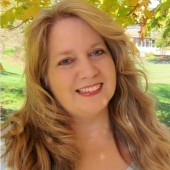 I'm a full-time professional genealogist with a passion for helping and inspiring others to discover their unique family history and become better genealogists. My goal is to use the skills, knowledge, and expertise gained through 25+ years as a researcher, author, and educator to help you meet your personal family history goals.

Receive tips and strategies
for finding those ancestors
who don't want to be found.

You have Successfully Subscribed!